Cocoa is the plant behind one of the world's most beloved sweets: chocolate. The cocoa sector has multiple problems. Of these, the three main problems are poverty, child labour and deforestation. While the first certified cocoa product was sold by Max Havelaar in 1994, there is still a long way to go to overcome these problems.

Widespread poverty, forced labour, child labour, gender inequality and deforestation are all persistent problems in the cocoa sector. Cocoa grows in only 22 countries, as it is a tropical plant that only grows in hot and humid regions near the equator. In total, about 14 million rural workers directly depend on cocoa for their livelihoods. Over 60% of all cocoa comes from Côte d'Ivoire and Ghana and is produced by 2.5 million farms. On these farms, 1.560.000 children work under illegal conditions.

As is the case with the banana industry, a handful of companies have most of the power and profits of the cocoa industry. Voluntary agreements such as the Harkin-Engel protocol aim to improve these companies' standards, in the case of the Harkin-Engel protocol mainly in relation to (forced) child labour. However, these voluntary agreements do not prove to be very effective, as child labour is still a persistent problem in the cocoa industry.

New fair-trade cocoa initiatives, such as Tony's Chocolonely and the bean-to-bar movement aim to go a step further than Fairtrade. Tony's Chocolonely uses five sourcing principles (traceable beans, a higher price, strong farmers, improved quality and productivity, and long-term commitments) to enable cocoa farmers to earn a living income and to eliminate modern slavery. Tony's shares these sourcing principles with other chocolate companies in their 'Open Chain' to help them change their supply chains. Bean-to-bar chocolatiers often use 'direct trade' to buy their cocoa directly from cooperatives, which means that they have to pay less for intermediaries and can pay farmers more for their cocoa. 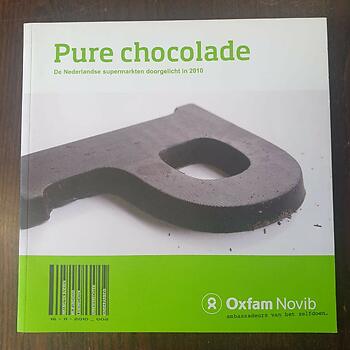 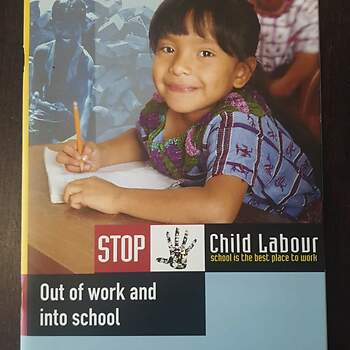 Stop child labour. Out of work and into…