Coffee has been an important product since the start of the fair-trade movement. Coffee farmers have to work hard for an uncertain outcome. Colonial powers and later multinational corporations gained high profits in the coffee trade, while farmers and plantation workers were often paid hardly enough to make a living. It was also a practical product for activists: it was easy to import and process.

Activists started selling coffee in the early 1970s. Coffee quickly became one of the most popular products sold by alternative importers and wereldwinkels (world shops).

At the end of the 1970s, two kinds of 'fair-trade' coffee were for sale in the Netherlands. The first of these was 'solidarity coffee' from Tanzania. Since its independence in 1967, Tanzania symbolized an alternative to communism and capitalism. President Julius Nyerere combined African traditions with socialism in the so-called Ujamaa ideology. Local communities were encouraged to develop on their own strength and were supported by the government to form cooperatives that could sell Ujamaa coffee. Profits of the sale of coffee were partially meant for communal services.

Other Fair-Trade groups wanted to look for alternative coffee producers. An alternative was offered by the Guatemalan cooperative Fedecocagua. This cooperative was founded with the support of the catholic development organisation Misereor and was led by Alfredo Hernández Contreras. In 1973, S.O.S. Wereldhandel (S.O.S. Worldtrade) imported the first batch of coffee from this cooperative and sold it under the name "Indio-coffee".

Coffee from Nicaragua became also important in the Netherlands after the Sandinistas succeeded to bring down the Somoza regime in 1979 because there was a rather strong movement in the Dutch society supporting the Nicaraguan revolution, ranging from municipalities twinning with Nicaraguan towns to volunteers providing support to government institutions in Nicaragua. The Sandinistas nationalised the agricultural sector, organised the coffee farmers in cooperatives and coordinated the export of coffee through the national organisation Encafé.

During the 1980s, coffee producers with outlets in the Netherlands could supply more coffee than the wereldwinkels and alternative importers could sell. At that time, farmers in the south of Mexico started to look for new ways to combat poverty in their region. They started the cooperative Unión de Comunidades Indígenas del Región del Istmo (UCIRI). This is currently one of the most successful Fairtrade cooperatives worldwide. This cooperative established trade relations with multiple European Fairtrade coffee importers such as GEPA (Gesellschaft zur Förderung der Partnerschaft mit der Dritten Welt mbH, literally meaning ‘Society for the Promotion of Partnership with the Third World’, now one of the biggest alternative trade organisations in Europe), Simon Lévelt and S.O.S. Wereldhandel. However, UCIRI produced more coffee than these importers could sell. They, therefore, urged their partners in the global North to work more professionally and to find new markets.

The sale of Fairtrade coffee increased a lot in the Netherlands during the 1980s. The Dutch parliament started to use the "zuivere koffie" of S.O.S. Wereldhandel (Now Fair-Trade Original) in 1987. This example was followed by hundreds of organisations. Moreover, certified coffee was introduced in regular supermarkets. Contacts between UCIRI and development organisation Solidaridad were the starting point of certified coffee under the Max Havelaar label. Jan Tinbergen, economist and Nobel Prize winner, became the honorary chairman of the Max Havelaar Foundation. 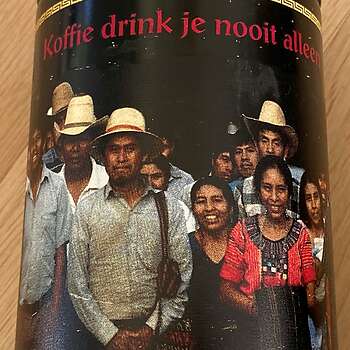 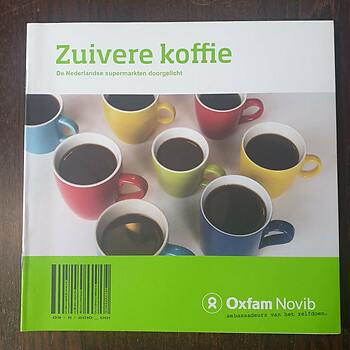 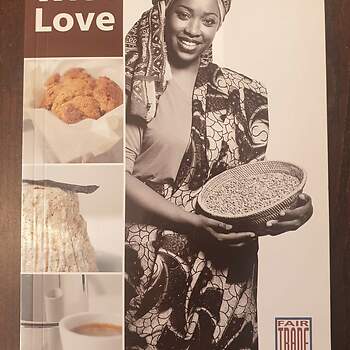 With love. Alles over koffie .jpeg