The high drainage ambitions of the Egyptian government saw the establishment of several institutions and government organisations concerned with the development of agricultural infrastructure and drainage projects in the period between from 1971 and 1983. The Soil, Water and Environment Research Institute (SWERI), part of the Ministry of Agriculture and Land Reclamation was established in 1971. The Egyptian Public Authority for Drainage Projects or EDADP was established in 1973, and this institution was responsible for the field drainage works. Its activities included: project planning, data collection, supervision of projects and the design preparation and contracting of projects. The National Water Research Centre (NWRC), part of the Ministry of Water Resources and Irrigation (MWRI), was established in 1975, consisting of several research institutes like the Drainage Research Institute (DRI), Groundwater Research Institute (GWRI) and the Nile Research Institute (NRI), which were the most important beneficiaries of the Egyptian – Netherlands’s cooperation to be followed in the years to come.

That same year, 1975, Egypt sent out a message that it needed technical, advisory and financial support in order to install large scale drainage systems to stop the waterlogging problems. The Netherlands was one of the nations interested in helping. Its interest was due to several things: the Netherlands wanted closer ties to a country in the Middle East to secure access to oil, this became even more important after the oil crisis in 1973 which happened against the background of the cold war between the Western Countries and the Soviet Union in which strategic alliances with an important country such as Egypt because of the Suez Canal played its role. The Netherlands and Egypt had several similarities which strengthened the mutual argument for cooperation. Both countries are densely populated delta areas with a large share of their economic and urban activities taking place around a major river. Furthermore, the Dutch had just recently completed ambitious drainage measures in the new polder, Flevoland, and their experience on the subject was undisputed. Cooperation between the two nations then officially started after the Netherlands had commissioned several field studies and pilot projects in Egypt. The following year, 1976, the Egyptian-Dutch Advisory Panel on Land Drainage, also known as APP (Advisory Panel Project) became active. This Panel was proposed by the Dutch government and its original purpose was: “to assist, in an advisory capacity, the Ministry of Water Resources and Irrigation in carrying out its responsibilities with regard to managing the water resources of Egypt more efficiently and effectively”.

The Panel consisted of 6 Egyptian members, 6 Dutch members and a chairman belonging to the MWRI. The Dutch members were chosen by the Ministry of Foreign Affairs. All members came together once or twice per year for five days. During those five days workshops, discussions and knowledge sharing on technical expertise and capacity building took place. The focus of the Panel in that period was helping EPADP with the installation of subsurface drainage systems. Until 1991 the secretariat of the Panel rested with the International Institution for Land Reclamation and Improvement, ILRI, based in Wageningen). In 1991 the Panel secretariat changed to Egypt, in the form of the APP Central Office. From that time on, ILRI had the position of APP Supporting Office. In 2001 ILRI merged into what was to become Wageningen University and Research.

The Panel was the beginning of a long-term cooperation between the two nations. One of the key parts in the success of the Panel was capacity building. Right from the start of the annual ILRI courses on Land Drainage in 1961, engineers and scientists from all over the world, including Egypt of course, were trained in drainage. This was in a time that the Netherlands were also implementing drainage still at a large scale. In the framework of the Panel various drainage research projects were implemented, among which the DEMP or Drainage executive management project. In the DEMP, the EPADP Training Center in Tanta was established, which today still is training Egyptian technicians on drainage. The year 1996 marked the 35th ICLD or International Course on Land Drainage.

The Panels’ limitations and success will be discussed further in later phases. 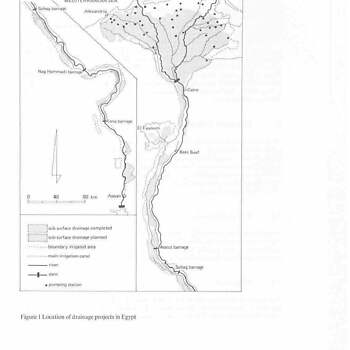 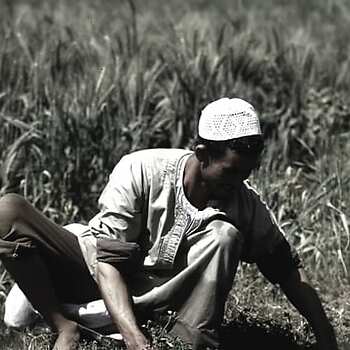 Abu Zeid about the water cooperation. 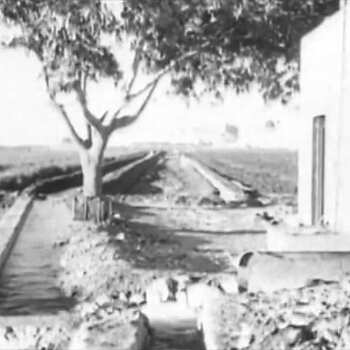 The water challenges of Egypt 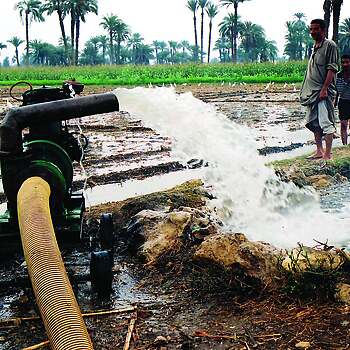