The spread of Christianity

Around the year 700, Christians regard the Frisian inhabitants of the coastal region as pagans. These people resist conversion, until the arrival of the English monk Willibrord. He manages to win over many Frisians to the Christian faith, although a proportion of them still continue to hang on to their old faith.

Franks and Frisians
In 690, the English Willibrord arrives in the Low Countries. With twelve companions, this monk and missionary from Northumbria has crossed the North Sea to spread the Christian faith in Frisia. His own country has already been Christianised. The Frisian territory extends from the Westerscheldt coastal stretch to the River Weser. The Frisians stick to their old customs and believe in such gods as Wodan and Donar.

His predecessors have informed Willibrord that converting the Frisians is no easy matter. For that reason, Willibrord seeks support from the Frankish Court. The Frisian territory borders the Frankish Empire that has already adopted the Christian faith two centuries earlier, under the reign of King Clovis. The Frisian nobility regards the missionaries as accomplices to the Franks, with whom the Frisians regularly clash.

The tension between Franks and Frisians features a history of alternate alliances and conflicts. The border between Frisian and Frankish territories is not clearly defined: after each conflict, either the Frisians move a short distance south or the Franks move up north. Utrecht thus falls under alternate rule. Around 630 – during a period of Frankish successes – King Dagobert of the Franks commissions Utrecht’s first church on the current Dom Square. Shortly afterwards, it is destroyed under Frisian rule.

Christianisation
The Frankish monarchs urge the Pope to appoint Willibrord “Archbishop of the Frisians”. This enables the Franks to exert influence, via the Archbishop, over the administration of the Frisian territories. In 696, Willibrord settles in Utrecht and rebuilds the destroyed church. He also commissions the construction of a new church and founds a monastery.

From Utrecht, the missionaries subsequently spread across the lands of the Frisians. Their efforts bear some fruit: by the end of Willibrord’s life – he dies in 739 – many people in the coastal region have converted to Christianity. In the rest of the Frisian territory, however, the missionaries encounter opposition. All Dutch school children know the story of Boniface, who goes on a mission to Dokkum and is murdered around 754. Not until the end of the eighth century do Frankish weapons finally end the conflict. Subsequently, the Christianisation of Europe gradually spreads to the northeast. It is a long process. In Scandinavia, Christianisation starts in 1100. Europe’s last “pagan” nation, Lithuania, converts to Christianity in 1387.

Baptismal vows
Every convert must say baptismal vows. One such document from Willibrord’s time survives, written in the Dutch of 1400 years ago. It states the Germanic habits and customs the converts must break with. The vows read:

“I forsake the Devil and all the Devil’s sacrifices, and I forsake all the works and words of the Devil, Donar, Wodan, Saxnot, and their attendant idols. I believe in God the Almighty Father, in Christ God’s Son, and in the Holy Spirit.” 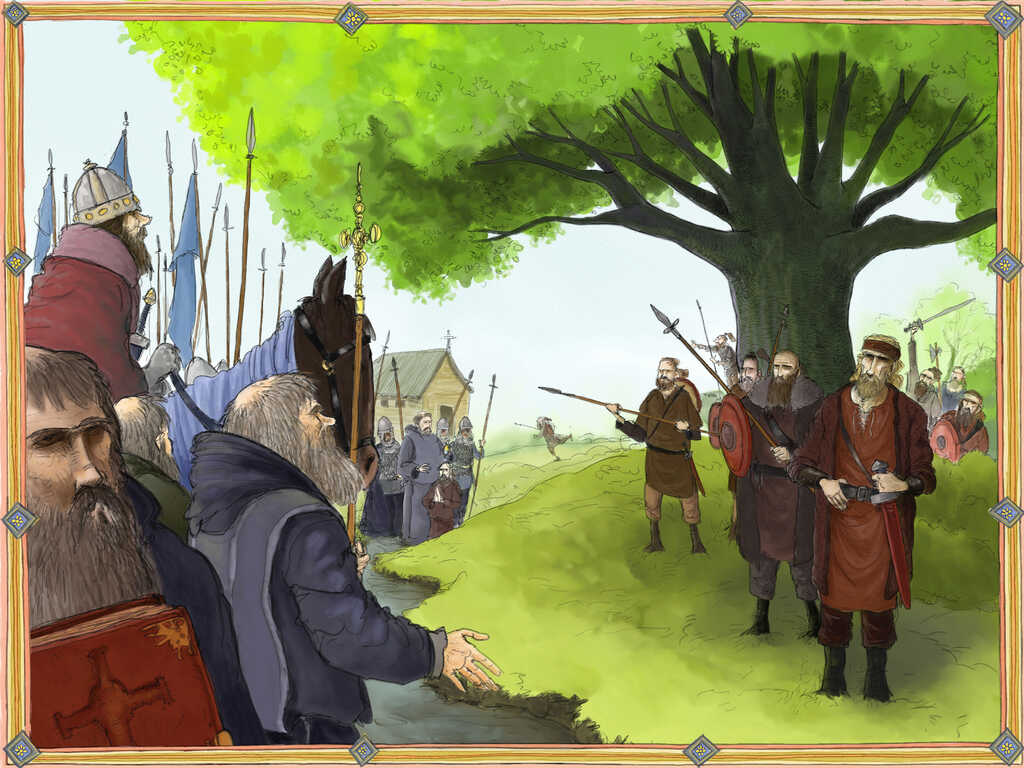 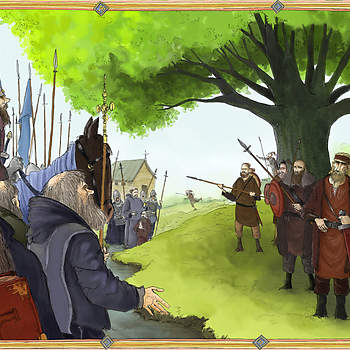 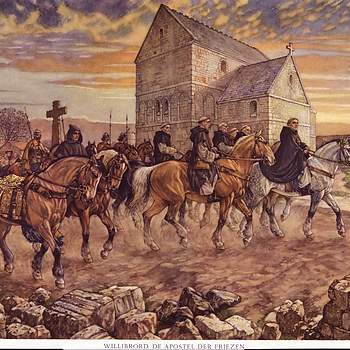 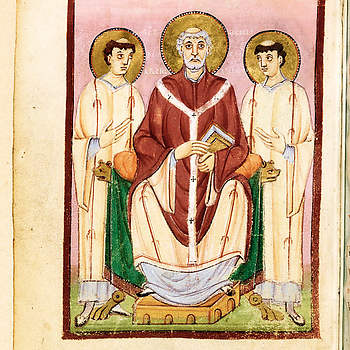 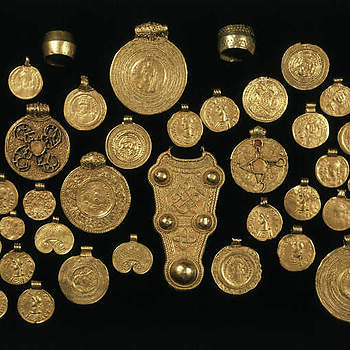 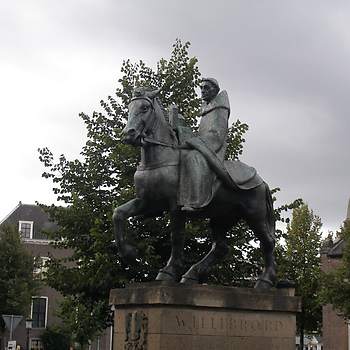 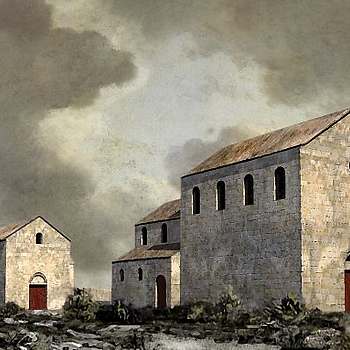 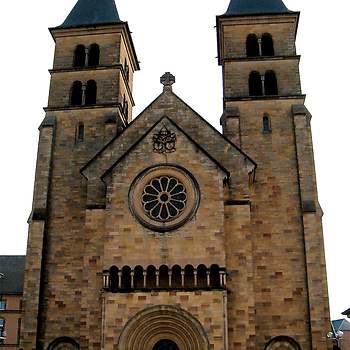 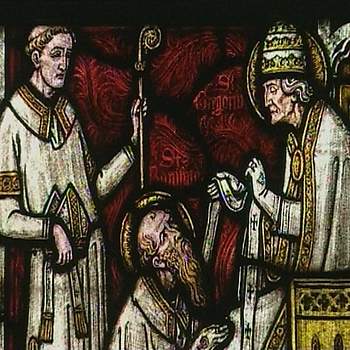 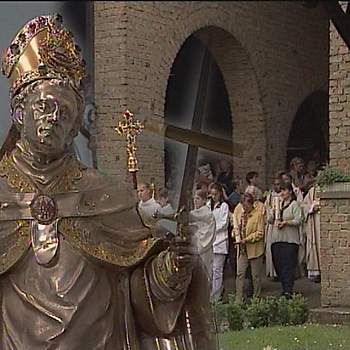 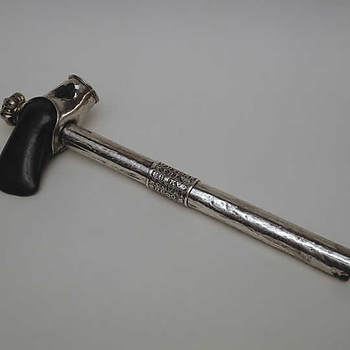 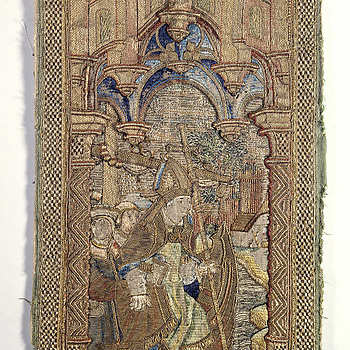