Emperor of the West

Charlemagne is one of the greatest rulers of the early Middle Ages. By continuously waging war, he manages to subjugate a large part of western Europe by 800, encompassing what is now the Netherlands. Named Charles, he is dubbed Charles le Magne [Charles the Great] because of his vast empire. Moreover, at a height of 1.84 m (6 ft), he was impressively tall for his time.

War
In 768 – following the deaths of his father and his brother – Charles is crowned King of the Franks. Throughout his reign, Charles wages war: against the Islamic rulers of the Iberian Peninsula (the current Spain and Portugal), against the Lombards in the south (the current Italy), and against the Danes and the Saxons in northwest Europe. Occasionally, his troops resort to brute force and mass executions. His many campaigns enable Charles to expand his empire increasingly further and eventually, the Frankish Empire covers large parts of Europe. In the year 800, Pope Leo III in Rome crowns Charles “Emperor of the West”, a title that no sovereign has wielded since the fall of the Western Roman Empire in 476.

Administration
In order to govern his immense empire, Charlemagne and his advisers design a clever administrative system, based on mutual allegiance and assistance. Members of the Frankish elite take on administrative, judicial, and war tasks. They literally assist their monarch “in work and deed”, in exchange for which they are remunerated with country estates. Charles divides his empire in counties headed by an official, the Count. Inspectors regularly visit to check each Count’s administration by reference to a standard questionnaire, whereupon they report to Charles. The main laws for each region are set down in decrees: the capitularia.

Charles owns several residences spread across his empire, the so-called “palaces”. Presumably, he also had a palace in Nijmegen, the Valkhof. Charles travels from palace to palace, taking care of local administrative and judicial matters. Several times a year, the leading residents of the entire empire meet in such a palace, during so-called “diets”, to decide on important military and administrative issues. The visits to the palaces also constitute a form of taxation in kind: to accommodate Charles and his extensive royal household during their sojourn, the staff draw on the supplies and resources of the region.

Charles sets great store by education, culture, and science. He orders the foundation of schools where young men are educated for public service, and he receives scholars from many countries in his court. There is no need for him to write – he leaves writing to his officials – but he is an excellent reader. He is also well versed in mathematics and astronomy, and he speaks several languages. Charles introduces a common currency which is accepted all across his empire, and an easily readable and writable typeface, the Carolingian Minuscule.

Charles also establishes diplomatic relations in the Muslim world. In 797, a Jewish envoy travels to the Caliph in Baghdad, Harun al-Rashid. Five years later, he returns with a range of gifts for Charles, among which is an elephant by the name of Abul-Abbas.

Stories
Charles spends the last years of his life in his palace in Aachen. Here, he dies in 814. He is laid to rest in the palace chapel, which constitutes the foundation of the current Aachen Cathedral. In 1165, Charles is canonised. He goes down in history as one of the greatest rulers ever. Even during his lifetime, he is the subject of many stories going round, which are embellished after his death. 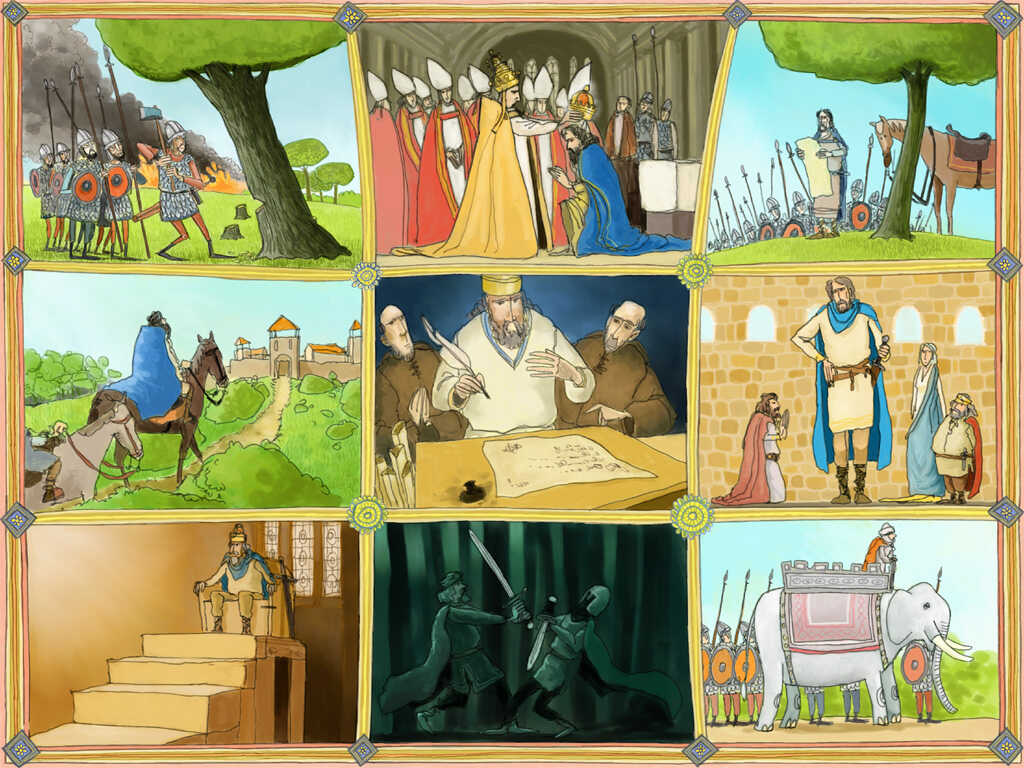 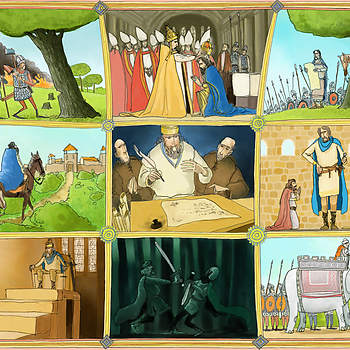 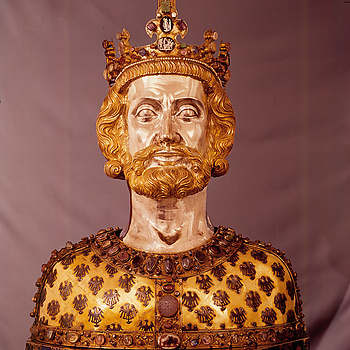 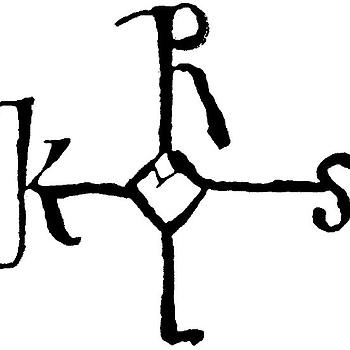 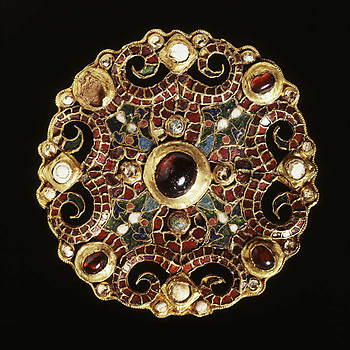 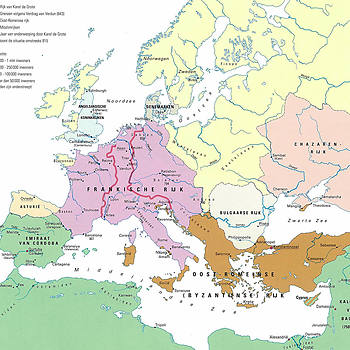 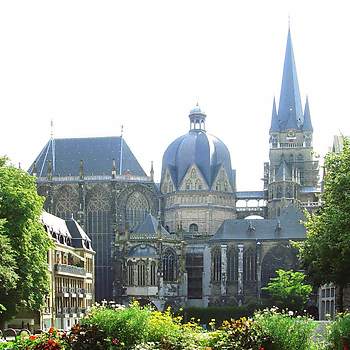 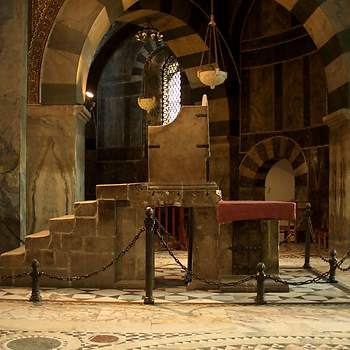