After the widening of the APP-scope the Panel work evolved towards institutional and policy support. The Panel became a unique science- policy interface, where the projects that were implemented always gave rise to questions or the need for policy advice. The trust that had developed on the two sides as well as the ‘mechanism’ that the Panel had developed for following-up on the issues discussed in the Panel made the cooperation a success. For all running projects, the Central and Supporting Office of the APP provided the conditions to present the findings (and problems) to the Panel, so that decisions could be taken. The Panel was chaired by the Egyptian Minister of Water Resources and Irrigation and co-chaired by a high-level Dutch official. The Embassy always actively participated in the meetings, with the Ambassador and relevant staff members.

One of the issues that came up in those years included participatory water management (PWM). This led to the creation of Water Authorities, also called Waterboards. Waterboards were needed for two main reasons. First, to cope with the increasing need for water while the available volume of water resources remains constant. To make this principle effective water loss reduction is needed, for which involvement of the water users is needed. The second reason is that the government needs cost recovery to keep providing water services to the users. Cost recovery can be done in two ways. First, the government imposes taxes or a water charge. This does give the government a lot of responsibility. The second way is to transfer some tasks to water users. With this option the government reduces its responsibility and increases the efficiency of water management. With the creation of waterboards the choice automatically leads to the second option.

To start off with the creation of waterboards in Egypt, first 15 pilot water board areas were identified. This happened within the Fayoum Water Boards project in 1995. Unfortunately, only five areas were eventually selected because of budgeting issues and personnel restrictions. The main goal of this project was to show stakeholders that the waterboard concept was also viable in the Fayoum area. This goal was certainly met with a yield increase of 15% in summer crops and the creation of new jobs.

After this success in the Fayoum area the recommended eight more pilot water boards across Egypt with a diverse representation to expand the scope. From this moment large-scale implementation took off.

In the period of 1995 to 1998 the Panel supported the initiation of a project on Institutional Strengthening of the Planning Sector in Water Quality. Water quality models were needed because they can assist in identifying water quality policy alternatives that satisfy both economic and environmental objectives. This project later evolved into the National Water Resources Plan (NWRP) Project, which is also one of the major projects identified by the Panel and funded through the bilateral cooperation, with Egyptian co-funding (partly in-kind). This plan contained water policies to protect Egypt’s water resources by preventing and controlling pollution of surface water and groundwater.

Also, in 1997 a workshop was held, among many other workshops, introducing the issue of gender. The objective of this workshop was to bring the issue and its impact on water management to the attention of the Ministry’s staff. During the workshop MWRI staff were shown the impact that gender issues have on water management and farming. The APP facilitated a consultancy study on ‘mainstreaming gender in the MWRI policies’. This study proposed some actions and was done in 2001/2002. In December of 2011 UNESCO-Egypt prepared a toolkit for gender mainstreaming in integrated water resource management in Egypt. More information about the development of gender and Dutch international cooperation can be found here.

In the 35th Panel meeting, held in Siwa in April of 2001, the topic of the Panel workshop was Privatization: from Vision to Action. The APP’s role in this institutional reform within MWRI was the recommendation of the establishment of a special unit for water stakeholder involvement and public-private partnerships (PPPs) in the Ministry. The special units output included:

The APP also assisted the MWRI in establishing various units and entities, including:

In 2005 the Ministry of Water Resources and Irrigation (MWRI) developed the National Water Resources Plan (NWRP 1997-2017), with financial support and advice from the Government of the Netherlands. The NWRP report summarized the challenges Egypt was going to face in regard of sustainable water resource management and it was the basis of many measures in the system. The report also mentioned the focus on an integrated water management approach. One key objective in the report looked at water use efficiency measures in drainage and agriculture. Another key objective in the report investigated the institutional measures and focused on the empowerment of water boards and water user associations. This first NWRP ended in 2017, a new NWRP has been compiled for the period . The preparation of the NWRP 2017-2037 was funded by the European Commission, and many Netherlands’ experts were involved in its creation. The project itself has been carried out by Mott-McDonald Euroconsult. The present EU Water STARS project executed by NIRAS provides support to MWRI in updating the plan.

EU Water Stars summarized the NWRP 2017-2037 in short video which you can view here.

Cooperation in the Nile Basin

The Government of the Netherlands has supported initiatives to stimulate cooperation amongst Nile Basin Countries via the Nile Basin Initiative (NBI) by knowledge sharing and joint planning.

The Advisory Panel Project in Review

Source: The Water Panel: Long-term Egyptian-Dutch Cooperation in the Water Sector 1976-2011. Available upon request at water@stichtingnicc.nl 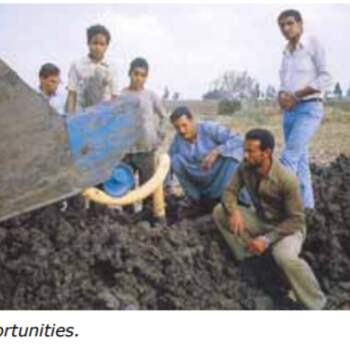 Priority areas in the Nile delta 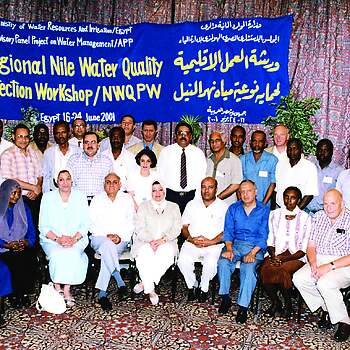 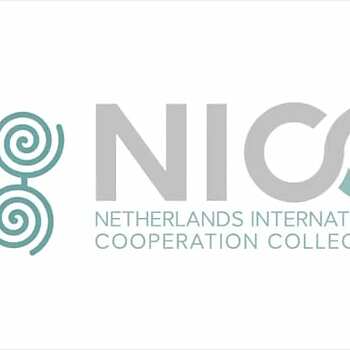 Learning points of the cooperation