Painter in a medieval town

Towards the end of the Middle Ages, the city of ‘s-Hertogenbosch houses an artist with a remarkably creative fantasy. His paintings and drawings warn against the consequences of human sin and folly, as is common in those days. At the same time, Hieronymus Bosch boasts a figurative language that is unique and unforgettable.

The medieval city
Hieronymus Bosch lives and works on the Markt square in the Dutch city of ’s-Hertogenbosch, also referred to as Den Bosch. In the fifteenth century, the city’s economy flourishes, mainly as a result of the production of and trade in metal objects and textiles, such as linens and worsted cloths, and metal objects such as knives and pins. When the Duke of Brabant enfranchises ’s-Hertogenbosch in 1185, a wall is built around the Markt square. Here, tradesmen sell all sorts of products. Trade and industry blossom and increasingly more craftsmen, merchants, and artists settle in ’s-Hertogenbosch. Thus, the city expands rapidly. In the fourteenth century, a new city wall is built, approximately surrounding the area of the current city centre.

The Christian faith is extremely important in medieval daily life. The clergy plays a key part in housing the homeless, writing and copying books, teaching children, and taking care of the sick. From the end of the thirteenth century onwards, hospital nurses tend to sick paupers, travellers, and pilgrims in the Groot Gasthuis.

On account of its many churches, monasteries and convents, which attract large numbers of pilgrims, Den Bosch is also dubbed “Little Rome”. The most famous of these churches is St. John’s Cathedral. Here, Hieronymus Bosch is a member of De Illustre Lieve Vrouwe Broederschap (the Illustrious Brotherhood of Our Blessed Lady), a religious association that commissions him to paint several paintings. In addition, he is commissioned by influential noblemen and sovereigns.

The Garden of Earthly Delights
Although his family name is Van Aken, Hieronymus Bosch signs several of his paintings as “Jheronimus Bosch”. With his art, he aims to admonish people to live as good, faithful Christians, otherwise things will turn out badly after their death.

His most famous painting is The Garden of Earthly Delights. This large triptych tells the story of mankind from Creation onwards. The left panel shows the first humans, Adam and Eve. The middle panel features countless naked women and men in a paradise setting. On the right, devils in Hell are torturing the sinful souls of the deceased, topped by one of Bosch’s iconic city fires. As a child, he probably witnessed a huge city fire in 1463, during which more than four hundred wooden houses in Den Bosch went up in flames.

His other works also feature devilish monsters and bizarre creatures, such as flying fish and other imaginary animals, pictured in great detail against strange backdrops. This gains Bosch the nickname “the devil maker”. In the early days of the Revolt, the Garden of Earthly Delights hangs in William of Orange’s palace in Brussels. Here, it is confiscated by Philip II and taken to Madrid, where it is still on display.

Work
Some 25 paintings are credited to Hieronymus Bosch. These are on display in major museums around the globe, for example, in Washington, Vienna, Madrid, Lisbon, and Venice. Only two original pieces are on display in the Netherlands, The Wayfarer and St. Christopher, in Museum Boijmans Van Beuningen in Rotterdam. Consequently, it was a unique occasion when, in 2016, the 500th anniversary of his death, nearly all his works of art were on view in the city in which he has lived and worked. This exhibition in the Noordbrabants Museum in ’s-Hertogenbosch was visited by nearly half a million people.

Hieronymus Bosch has inspired many subsequent painters. His influence is manifest in, e.g., the several famous paintings made by Pieter Brueghel in the sixteenth century, such as Mad Meg, but also in the surrealist paintings by Salvador Dalí in the twentieth century. 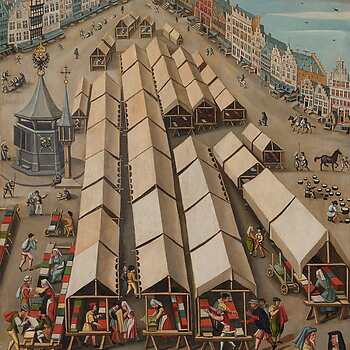 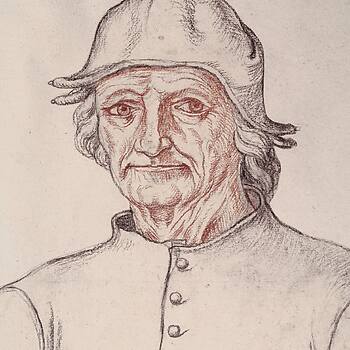 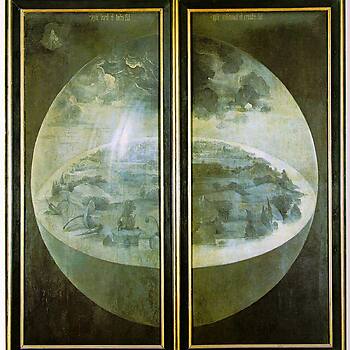 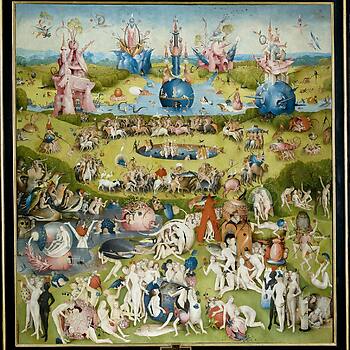 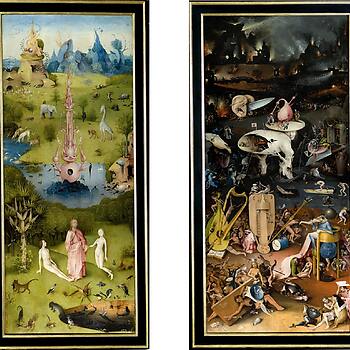 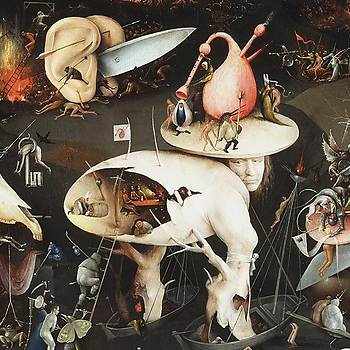 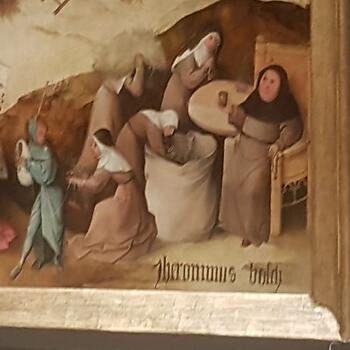