Rather than staying in the same spot, the first inhabitants of our river country travel from one area to the next. They hunt, fish, and collect fruit, nuts, turnips, and seeds. The winters are spent in permanent camps at dry locations. In 1997, the skeleton of hunter-gatherer Trijntje was dug up at the former site of one of these settlements.

The eldest human skeleton found in the Netherlands belongs to a woman. Some 7,500 years ago, she is lovingly buried in a sand dune in the swampy river area. At the time of her death, she is between forty and sixty years old. She has borne at least one child. When archaeologists excavate the small settlement in which she lived, her skeleton is still complete. This means that her face and body can be reconstructed. Because she is found near a railway track, she is named Trijntje (a traditional Dutch name and a homonym for “little train”). We do not know her actual name, nor do we know which language she used to speak.

Ice ages
Before modern man (Homo Sapiens) arrives in Europe, some 45,000 years ago, it was already inhabited by human species. For example, the Neanderthals, who live in the period we refer to as the old stone age, which commences 300,000 years ago. They live in a vast steppe-like landscape featuring rivers and valleys, with barely any vegetation. The North Sea level is much lower than nowadays and during the coldest periods, it dries up. The Neanderthals live in huts and know how to make fire.

Hunters and gatherers
Trijntje lives much later, in the Middle Stone Age, among a group of some 25 people. Every year, the group travels back and forth between summer and winter camps. They probably live in huts made of branches, reeds, and perhaps animal skins. The hunter-gatherers make sophisticated flint tools, such as scrapers, knives, and arrowheads. Travelling is done on foot and by canoe. To the rhythm of the seasons, they live off what nature offers them, such as edible mammals, fish, and birds.

For the entire winter, Trijntje and her group live on a river dune. They hunt a range of animals such as beavers, otters, seals, aurochs, and a wide array of bird species. Boar and red deer feature most frequently on the menu. Nets and fish traps are used to catch fish, mostly pike. Dogs have evolved into beloved companions; three are buried next to Trijntje.

The group uses all the parts of the animals they catch. The meat is grilled. Tendons and bowels are used to make bows and arrows. Skins and furs are converted into clothing and bags. Bones and antlers are used for all sorts of tools, such as axes and needles. The perforated deer teeth that have been found were perhaps worn as jewellery.

We do not know exactly what Trijntje looked like, but DNA tests of skeletons from the Early and Middle Stone Ages have revealed that many people of those times were dark-skinned, with blue eyes. The spread of specific types of flint points to trade, which in some cases covered long distances.

The advent of agriculture
On the timeline of human history, Trijntje and her tribe feature near the end of the period of travelling hunter-gatherers in these regions. Some 7,300 years ago, groups of migrants from the east settle in the hills of Limburg; they live off arable farming and stockbreeding. Food-growing methods spread rapidly. The advent of agriculture marks the beginning of the end of the hunter-gatherer era in these regions, although the two modes of existence continue to be combined for more than two thousand years. 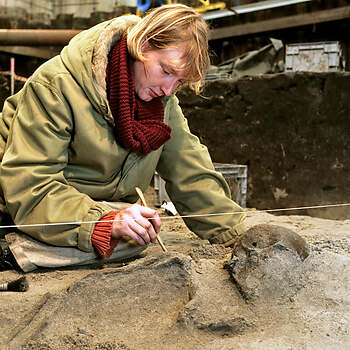 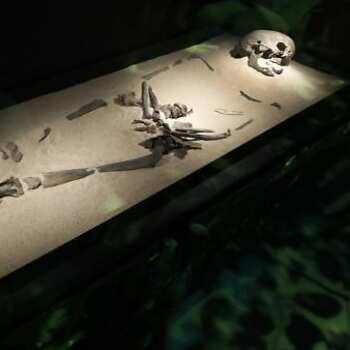 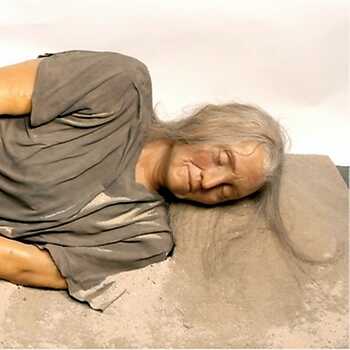 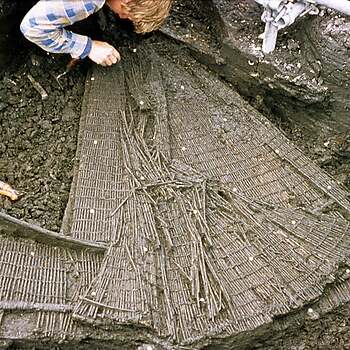 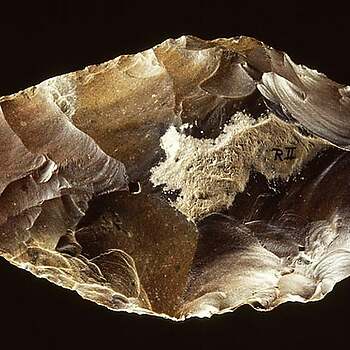 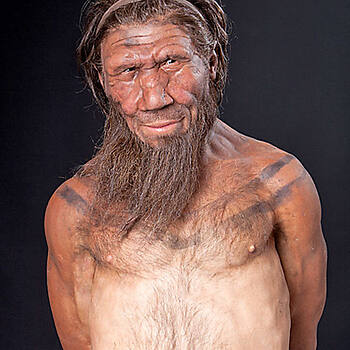 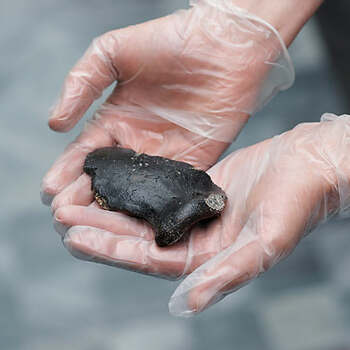