Going against the grain of a bourgeois country

“Never do what your mother tells you to do, then everything will be all right,” to quote Annie M.G. Schmidt. Just saying what you want to say, not making a fuss, breaking any rules that don’t make sense, and recalcitrant humour; these are the secrets of her pen.

Oeuvre
Annie M.G. Schmidt is born in 1911, the daughter of a clergyman on the Zuid-Beveland peninsula. She is a precocious child who views the world around her with curiosity. At the age of fourteen, she publishes her first rhyme. After World War II, she lands a job at the Amsterdam newspaper Het Parool, where she meets illustrator Fiep Westendorp. From 1952 to 1957, the two of them produce a series of children’s stories about a boy and a girl, Jip and Janneke. One of these stories is printed in the paper every day. This marks the beginning of a lifelong collaboration, resulting in illustrated children’s novels such as Pluk van de Petteflet [which has been translated into English under the title Tow-Truck Pluck] and Minoes [which served as the basis for the film entitled Undercover Kitty].

Schmidt’s writings are quite diverse: in addition to columns, rhymes, poems, and children’s stories, she also writes commentaries and cartoons. She makes up characters who speak their mind and go their own way. The characters have a wide range of friends, many of whom are children she would have wanted to be. With “Zebra Flopje” who is tired of those same old stripes and wants a different pair of PJs, and kings who do not like the food they are being served, she opposes rules, taboos, and prevailing standards.

Exponent of the spirit of the age
In the 1950s, Annie M.G. Schmidt is the creative force behind an immensely successful radio series, entitled In Holland staat een huis [About a house in Holland]. The radio play is broadcast twice a month and revolves around the Doorsnee family [the Average Family]. It paints a humorous picture of everyday life after the war. The series appeals to a wide audience and becomes very popular – which is unique in such a highly compartmentalised country as the Netherlands of the time.

Annie’s work reflects events and frustrations from her own life, such as her lonely childhood and disappointments in love, but also tackles taboo subjects such as an affair with a married man and abortion. She writes cabaret lyrics and pioneering musicals, such as Heerlijk duurt het langst and Foxtrot, dealing with the liberation of women and homosexuals.

With her rebellious texts, Annie M.G. Schmidt is a highly influential yet gentle critic of the respectable, bourgeois, and “pillarised” nation. She herself does not escape criticism either. During the second wave of feminism in the 1970s, the feminists consider Jip and Janneke too role-reinforcing and old-fashioned. In the United States, the storybook characters run up against entirely different obstacles: the American publishers object to the fact that the illustrations picture the duo as all black silhouettes.

Children’s literature
The work of Annie M.G. Schmidt ties in with a rich tradition of Dutch children’s literature, which initially features many paragons of virtue, such as the hero of the poem “Jantje zag eens pruimen hangen” (1778) by Hiëronymus van Alphen. From the end of the nineteenth century onwards the scope widens, and children are allowed to be naughty. Well-known examples are Dik Trom (1891) by Johannes Kieviet and Pietje Bell (1914) by Chris van Abcoude. But naughty girls do not make their entry into children’s books until after World War II, spurred on by Pippi Longstocking (1945) by the Swedish author Astrid Lindgren.

Schmidt follows that track, for example, in Floddertje. In her stories, rebellious children often play a key role, which makes her immensely popular among both children and adults. Millions of copies of Jip and Janneke alone are sold, and her writings are translated into numerous languages. She is the recipient of many awards, among which are the Zilveren Griffel and the Gouden Griffel [the Silver Stylus and the Golden Stylus, respectively]. The Gouden Griffel is awarded annually to the best Dutch children’s book; the Zilveren Griffel is awarded to the runner-up. The secret of her success? “I have always been eight years old. And I actually write for myself. I think that is the whole point. I am eight years old.” 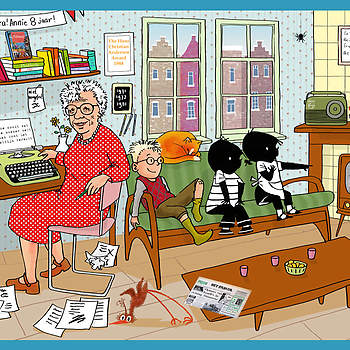 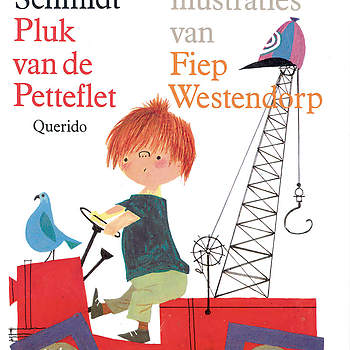 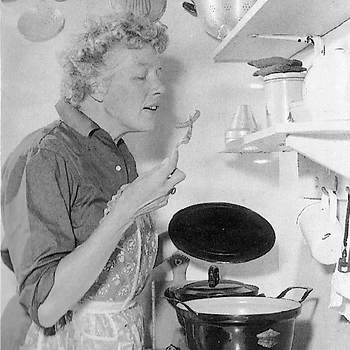 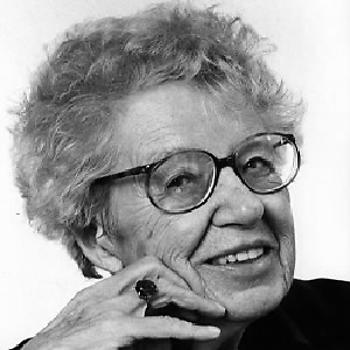 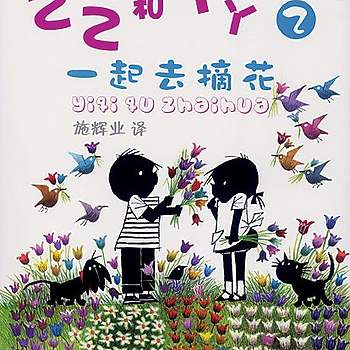 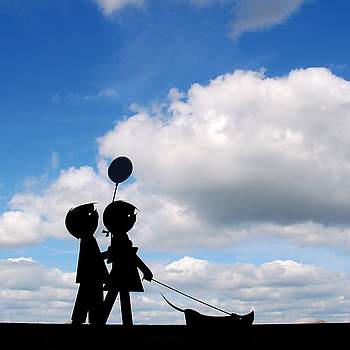 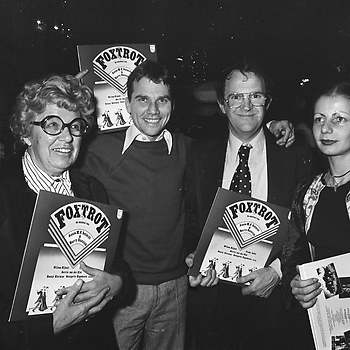 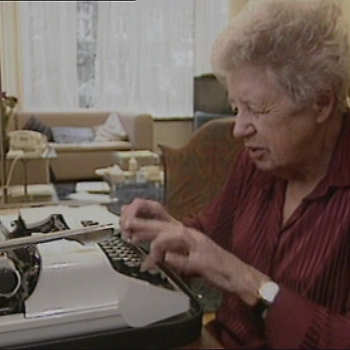 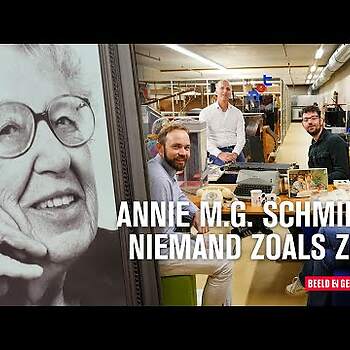