The Rope pump is an ancient pump technology which was “rediscovered” by the Dutch organisation Demotech. This organisation, active in “design for self-reliance”, was founded in 1974 and had their first workshop in the Royal Kit Institute in Amsterdam. They improved the Rope pump by using “modern” PVC pipes, a rope with rubber or plastic washers and a used car tyre. With these parts this pump technology became very effective which can lift water from 35 meter by 1 person and from 65 meters with 2 persons. If powered by engines the Rope pump can lift water from 100 meters deep as is proven in Nicaragua. The Rope pump can be produced in any country with locally available materials. The cost of Rope pumps range from 50 to 120 US$ depending on model and pump depth. The Rope pump is not so much a better pump than other pumps but it is repairable because of the local production. If communities or families want to repair the pump knowledge and affordable spares are available.

Initially, the Rope pump was introduced in Latin America and many African countries by NGOs which was not very successful. Models were mostly only fit for low lift had a rustic design, and in this way had a “stone age” image (Lamberts,1980). NGOs would train communities how to make the pump themselves but there was no private sector involvement, so production stopped when training and promotion stopped.

Role of Dutch Organisations
The success of the Rope pump started when in 1985 it was introduced in Nicaragua by the organisation INTA initiated by a Belgian volunteer, Jan Heamhouts, who had seen the pump in action in Haiti. Initially the pump was a “do it yourself” pump like in Africa but the change started when the Dutch organisation SNV (Stichting Nederlandse Vrijwilligers) via Bernard van Hemert, made technical improvements, started to produce the pump in Juigalpa via local private companies and wrote the book, “The Rope pump”. Later on the social enterprise Bombas de mecate SA (supported by Henk Alberts) started to produce Rope pumps near Managua. This enterprise succeeded in getting the pump recognised by the Government as a standard pump for Rural water supply. Another social enterprise AMEC (supported by Henk Holtslag) started in 1991 to develop Rope pumps driven by wind, horses and engines. The Wind Rope pumps became successful as they were 100% produced with local materials, and were smaller much cheaper than the CWD wind mills.

The Dutch Embassy in Nicaragua evaluated the windpumps in 1995. The Rope pumps were evaluated in 2001 by the Dutch organisation IRC (International Reference Centre) and concluded that the Rope Pump was fit for small rural water supply systems.

Both Henk Alberts and Henk Holtslag started to work with the hand Rope pumps in 1991 after a large and failed DGIS/SNV funded project with Windmills for irrigation. These were developed by universities and disseminated by the CWD (Wind energy Developing Countries). Reasons for this failure are many but in short; the CWD Windpumps were to complicated for local production. Many parts had to be imported from The Netherlands. Also, the product cost was 5000 US$ and too expensive for the local market. Besides SNV, another Dutch organisation who supported the Rope pumps was DOG (Dienst Over Grenzen) later on DOG /PSO who supported by paying salaries during 4 years of both Henks. Also the organisation NOVIB supported by funding the local organisation CESADE and a large Study on the impact of Rope pumps (Jaap van der Zee).

The success in Nicaragua
Around 2010 there were an estimated 70,000 Rope pumps in Nicaragua produced by some 10 private local workshops, companies. Rope pumps supplied water in over 30% of rural areas. Some 60 % of the pumps are self-supply so farmers or rural families paying themselves. Especially the pumps at family level had a huge economic impact. A study with 5015 families clearly indicated that families with a Rope pump increased yearly incomes with an average of 225US$/year (Alberts and Zee, 2001). Over 10 years the total increased incomes generated by Rope pumps is approximately 100 Mln. US$.
The success in Nicaragua is explained by a few reasons:

Experiences in Asia
Through the organisations Practica and ARRAKIS the Rope pump was introduced in India, Vietnam and the organisation Via Ideas at Work introduced the pump in Cambodia. However, only in really Cambodia was the Introduction successful and with now over 4000 Pumps installed mainly at households.

Experiences in Africa
Around 2000, the Rope pump was again introduced by WaterAid, Care, World Vision and other NGOs in countries like Ghana, Uganda, Mozambique, Ethiopia unfortunately again mostly of these first efforts failed. Problems included the use of outdated models, and pumps were installed within large communities without a system for payment of maintenance, repairs and spare parts. There was also no long term follow up on quality control of rope pump producers and installers, which is essential for long term quality.

Later introduction in countries like Tanzania, Malawi and Zambia were successful. For instance, in Tanzania an improved model was introduced in 2005 by the local NGO SHIPO, supported by the Dutch organisation Connect International who had received TMF funding (Thematische Medefinancieringsstelsel). Technical assistance was supported by the Dutch organisation Practica and now MetaMeta through the SMART Centres. Currently there are over 11.000 Rope pumps in Tanzania of which over 60% as self-supply, paid 100% by families in peri urban areas and increasingly for rural families. A problem now arising in Tanzania are “copycats”. Many metal workshops copy and sell the pump without having received proper training. Some pumps appear to be good but others are of bad quality which can damage the image of the pump.

The dissemination of the Rope pump technology now is among others through the so called SMART Centre Group which is coordinated by the Dutch social enterprise MetaMeta. SMART Centres are WASH training centres that train the local private sector in a range of affordable technologies (SMARTechs) like manual well drilling, EMAS (Escuela Móvil de Agua y Saneamiento) and Rope pumps, Artificial groundwater recharge, Household water filters SaTo latrines (Safe Toilet) and more. The focus of the smart centres is on local production with the logic “what can be produced locally can be repaired locally”. Another focus is self-supply, ensuring technologies that are affordable for families. The impact of water at the family level is also on SDG 1 (Reducing poverty), SDG2 (Food security) and SDG8 (Employment).
There now are Smart Centres in Tanzania, Malawi, Zambia and Mozambique and soon more starting in Ethiopia, South sudan, Kenya, Niger, Nicaragua and other countries.

Kamanga A, Mhango J, Veldman R. 2018. Assessment of the functionality of rope pumps for sustainable water supply in rural areas of Malawi. 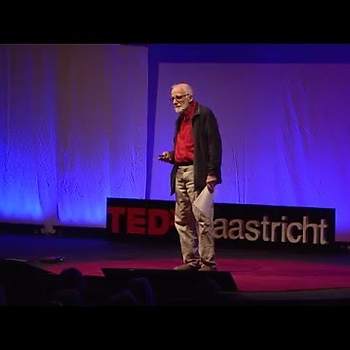 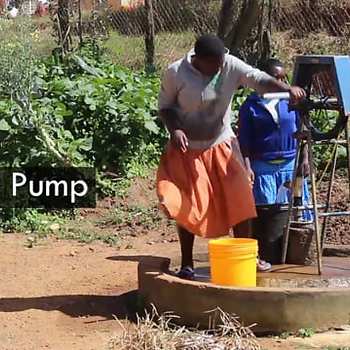 What is a Smart Centre? 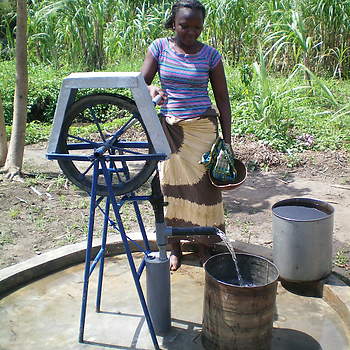 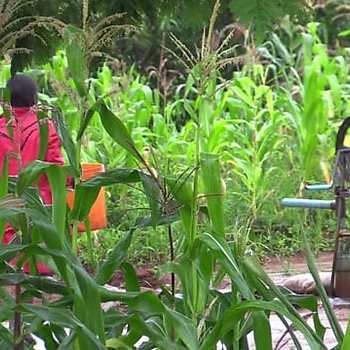