2011 Interview - A political eye on water

Abdulrahman F. Al-Eryani, former Yemeni Minister of Water and Environment, acknowledges in an interview (2011) the challenges of water management in Yemen.

Yemen is one of the five most water-stressed countries in the world. Climate Change is set to deplete further its limited water resources, which could even lead to conflict among users. Water service-delivery and rural and urban areas leave much to be desired, despite decade-old reforms carried out by local leaders and the government.

Abdulrahman F. Al-Eryani, former Yemeni Minister of Water and Environment, acknowledges in an interview (2011) the challenges. He, however, frames them with an eye on solutions. Alongside Yemen's water-scarcity, its people have developed a rich culture of efficient water-management practices. This heritage, along with international co-operation and tough domestic decision-making, will provide the basis for a water-sustainable future for the country, says Mr. Al-Eryani.

In discussions on the water situation with Yemeni politicians and donor countries, the Dutch Embassy introduced the concept of water as a social good based on the concept of Professor Hellegers.

Water: the world’s most valuable asset
In 2011 the inauguration of Prof Hellegers stated to allocate water in a socially desirable way. Both with the study on the over-exploitation of Yemen’s aquifers this initiated a first discussion within the NL policy and other donors.

Read the speech of Prof Hellegers. Water: the world’s most valuable asset 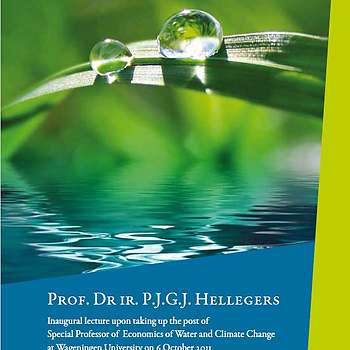 Water: the world's most valuable asset. 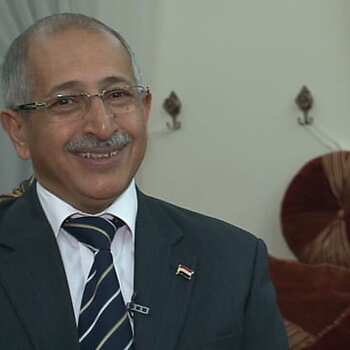 An Eye on Water Scarcity in Yemen…