The United Nations Millennium Declaration signed by world leaders in September 2000 included a commitment to accellerate the provision of water and sanitation. The realisation of MDG target 7c to halve, by 2015, the proportion of people without sustainable access to safe drinking water and basic sanitation’ meant that billions of unserved people were to be provided with first time access to water and sanitation. With half of the world's population living in urban areas, the MDG target presented a huge challenge to urban utilities, in terms of new investments to serve billions of people but also in terms of the more efficient management of the existing assets ('do more with the same'). 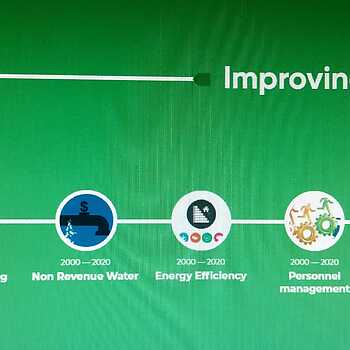