Both in the Western world and in emerging economies huge infrastructure investments took place from the 1950s onward. In the West these investments were necessitated by rapid economic development and population growth after World War II, and in emerging economies the main driver was decolonisation and the accompanying desire for economic and social development including the provision of basic services.

Investments during the initial decades focused primarily on the construction and expansion of piped water supply infrastructure in urban areas. Only towards the 1970’s did investments in wastewater start in earnest and then mostly in industrialized countries where the environment had become severely polluted from urban and industrial discharges.

Although the majority of investments in water supply and sanitation was always publicly funded, private funding has been applied also, particularly in areas where this was commercially attractive. Public funding shortfalls have always been there but are becoming increasingly apparent in the face of Sustainable Development Goal 6 that aims to provide safe water and sanitation to all by 2030. Innovative financing aimed to significantly increase the influx of more private capital is needed to realize the 2030 target.

The approach to water supply development was almost exclusively technocratic and field work remained limited to geographical and hydrological surveys. Socio-economic surveys were a rarity. Inputs on urban development and projected populations for the sake of planning water supply outlays were obtained from physical planning organisations that otherwise did not play an active role in developing the water system. Due to staffing limitations in the water sector (for example: only in 1975 was a first group of students from Swaziland sent for engineering training to Canada), the investment initiatives were typically led by national agencies and in the eary days, key positions were often held by expatriates that had stayed on after decolonisation or were posted there as experts, quite often as one component of a bilateral or multilateral capital investments programme.

The practise where water development is a central or regional function prevails to this day in quite many countries. Operation of the service was organized locally, often by establishing water departments within the municipal administration. Both the national organisations involved in system development and the local municipal water departments charged with the operation of water systems were primarily staffed and often headed by engineers and technicians.  By comparison, the number of financial and commercial staff was very limited and their focus was mostly on administration and accounting. There was actually very little focus on balancing revenues and expenditure as the singular focus was on the provision and expansion of water services. During this period water was mostly seen as a social good and priced accordingly, as a result of which water operators either ran up debt or received subsidies. The economic pricing of water was till decades away (see 'Water as an Economic Good').

Together, these financing institutions have enabled infrastructure investments on a large scale in almost every country and sector in an era where, unlike nowadays, most countries’ own investment capacity was limited and where private capital was rarely if at all available. By way of example, since 1947, the World Bank has financed 12,000 infrastructure projects with lending commitments between US$ 10 and 60 billion per year.

However, with all these funding mechanisms in place, as early as the 1990s the demand for investment finance started to outstrip the availability of national and international public funds. The shortages of public funding became ever more evident when first the Millennium Development Goals (2000-2015) were proclaimed and later confirmed with the adoption of the Sustainable Development Goals (2015-2030).

The commitment of UN member states to supply the entire population with safely managed water and sanitation services by 2030 (SDG #6) came with a need to assess and finance the necessary investments. Estimates of the financial requirements to provide these services amount to a staggering US$ 114 Billion per annum. The Financing for Development Conference in 2016 in Addis Abeba raised the question if public funding that had become the premier financier of capital investments in the water and sanitation sector, would be able to raise this amount, and if not, what part it could raise. Several countries reported that under a ‘business as usual’ scenario the conventional sources of investment funding (national budgets, DFIs and IFIs) could cover roughly half of the required amount and probably even less. In fact, national public resources available for water and sanitation showed little if any growth, and foreign public funding was diminishing rather than growing due to the de-prioritisation of development cooperation by several import bilateral donors (or a shift away from WASH) and the upward economic mobility of developing countries that disqualified them from getting grants and cheap loans.

The realisation that public funding would not be sufficient to achieve SDG 6 means either of two things: 1) the publicly funded ‘business as usual’ scenario will prevail, in which case the funding gap will not be addressed and SDG 6 will not be achieved; or 2) A very significant amount of private, i.e. commercial funding will somehow be mobilized to supplement public funding thus filling the funding gap and retaining the perspective of achieving SDG 6 . The choice has to be for the latter but in practise the mobilisation of commercial funding is materializing only very slowly.

Depending on the size of the investments and the nature of the borrower, there is a variety of options for the application of commercial funds: microfinance, vendor/supplier finance, commercial bank loans and bonds. Whatever the source, the concerned providers of private funds want to be guaranteed a fair return on their investments. In other words they would prefer to invest in creditworthy borrowers and/or want certain safeguards to be in place to offset their risks, be these political, regulatory, social, financial or otherwise.

Creditworthiness of the borrower, project size and the tenor of the loan are important parameters for a commercial financier. Creditworthiness is a sine qua non even if the loans are (partially) guaranteed. Commercial banks, in an effort to manage their risks, generally prefer short tenors (up to 5 years) and smaller projects (less than US$ 10 million). Institutional investors are in it for the long run and prefer larger projects and long tenors. They are actually the more logical lenders as the water and sanitation assets that are being created are capital intensive and have a long lifetime.

The concept of blended finance is to bring together funding from public and private sources, the idea being that in that way the cost to the borrowing entity would be less. This is based on the assumption that public funds have more favourable lending conditions that private funds and that bringing the two sources of funding together works out cheaper to the borrower. Experience to date is limited, but one early example is the Output Based Aid (OBA) program by the World Bank that is funded by bilateral donors. In Kenya, a US$ 10 million program was set up that benefitted a number of water services providers (WSPs) as follows. Projects were developed using grant money from the WB and were offered for financing to Kenyan commercial banks. The banks contracted with the WSPs for the entire investment amount (100%), the projects were implemented by contractors and after all investments were delivered and verified, the WB paid the WSP 60% of the investment in the form of a grant. Although initially the investment is fully commercially financed, the public funding kicks in after completion. For the utility this way of financing was quite attractive as the ‘blending’ here combines a 40% commercial loan with a 60% grant.

One Dutch initiative in innovative financing is the Water Financing Facility (WFF). This initiative by DGIS/IGG and the Cardano Development Foundation is about improving access to local capital markets. WFF’s objective is to regularly issue bonds in the local capital market to finance specific investments by creditworthy water and sanitation providers. WFF provides transaction support to the utilities and supports them in developing their investment projects. WFF is active in Kenya where a local unit, the Kenya Pooled Water Fund, has engaged with 14 water services providers. Eight projects have been developed and several more are in the pipeline. The first six projects with a joint value of US$ 20 million are expected to be financed by the local capital market in 2021. 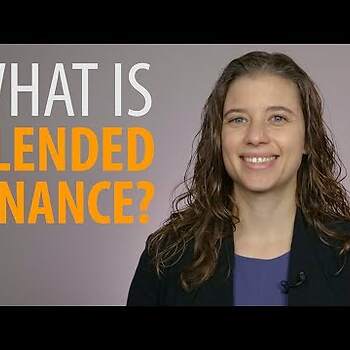 What is Blended Finance? 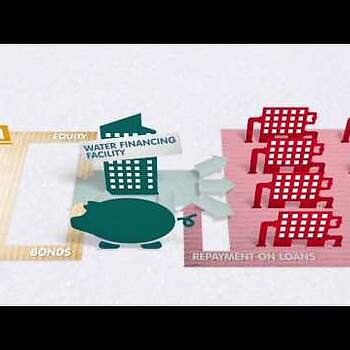 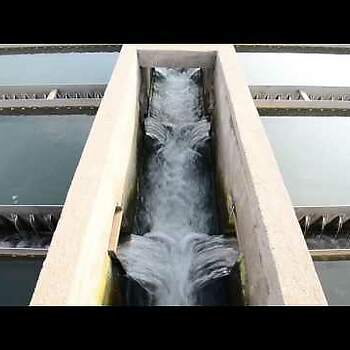 The Water Financing Facility – The… 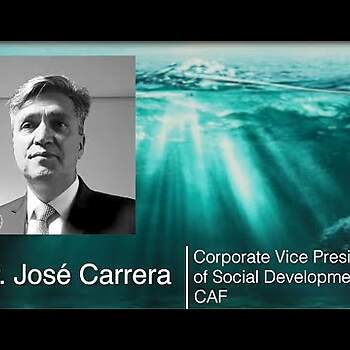