Bandung Handpump
Year of start 1979 in Ceper, Yogyakarta
Who started, funded? Government Indonesia/Government of the Netherlands
Pump type Suction handpump
Pump range, depth. 1-7 m
Cost of complete pump 24 US$ - excl. installation (price level 1978)
Produced in Indonesia
Applied in Indonesia
Total installed Until 1985 about 50 000. After 1985 unknown
% of pumps functioning in 2019 In Indonesia until 1985 ca 80%, Unknown after 1985

The development of the Bandung hand pumps started since there was a need for a hand pump that was more durable than existing pumps.

It was used, for instance, in CARE and INPRESS projects. An evaluation mission by CARE in February 1984 reported that out of a total of 924 pumps, 76 percent was still working while the Dragon pumps showed 49 percent.

The relatively high figure of working pumps has much to do with the emphasis given by CARE to community participation. Pumps placed through the INPRES program, with less training yielded lower figures.

One pump was to be used by 100 people but in many cases 350 people per pump were found in an evaluation in urban areas of Bandung.

A test in Great Britain carried out on behalf of the World Bank yielded suggestions for improvement of the Bandung pump which have been incorporated in the design.

In the framework of the West Java Rural Water Supply Project (1976 - 1980) an extensive survey was carried out on hand pumps in West Java. Hand pumps were imported at the time, especially for internationally financed programs; some pumps were made locally, copying existing designs. Both had problems with spare parts and maintenance in general and on field-visits, a high proportion of pumps was found to be out of order. The survey indicated that some models were not very suitable for village use, some designs were too complex, some had obvious weak spots, which caused too frequent breakdowns and, in general, the price of the pumps was high.

Therefore, based on the results of the survey it was decided to develop a new simple, robust, shallow well pump, which could be manufactured locally, for which spare parts would be everywhere available, as existing parts and available diameters were used and which could be easily taken apart and assembled again. As a base the Batelle design was used and in close cooperation with the Department of Mechanical Engineering of ITB in Bandung together with the Metal Industries Development Centre (MIDC) a design memorandum was prepared, prototypes were built and laboratory tests were carried out and finalized during the year 1978. The main features of the Bandung pump are:

(i)         strong and durable construction suitable for heavy community use in rural and urban areas;

(ii)        dimensions and operational characteristics adapted to the stature and physical strength of Indonesian users;

(iii)       spare parts, such as cup seal, valves and cylinder liner are widely available on the Indonesian market;

(iv)       production (coating, machining) can be done in Indonesia with sufficient quality;

Production first took place in local foundries in the village of Ceper, Yogyakarta.

Subsequently in 1979 the ”Bandung pump” was taken into production by local manufacturers. As the design was freely available ( Public Domain) and not under patent rights there was a number of workshops where the pump was manufactured. Unfortunately more and more often the pump quality reduced to arrive at a competitive price. The West Java Rural Water Supply Project prepared also maintenance manuals in Bahasa Indonesia and in English, with drawings and photographs, which have been widely distributed.

Because of the prolific production, it is not quite possible to keep track of exact production figures, but it is estimated by the project that between 1980 and 1985 some 50,000 units have been manufactured. Generally, not more than a hundred people should be served per pump, but often higher numbers are observed.

At the time the West Java Rural Water Supply project has asked the University of Technology at Eindhoven, the Netherlands, to develop a deep well version of the Bandung pump. Although a promising design was made for a special plunger and cylinder, including a removable foot valve, the materials used were not readily available in Indonesia, a must for any successful hand pump. In the meantime, CARE developed a deep well version in Indonesia of the Batelle design and some prototypes were manufactured in 1985. A CARE report states that the design is appropriate, but the quality of manufacturing is too low to continue to recommend the pump. Moreover, India Mark II, recommended by UNDP/World Bank for depths of 20 - 100 meters, is manufactured locally in the early eighties. Therefore, for the time being, the project has stopped further work on an alternative deep well hand pump.

IRC library:  232.2-79IN  Information about the Bandung Shallow Well Handpump 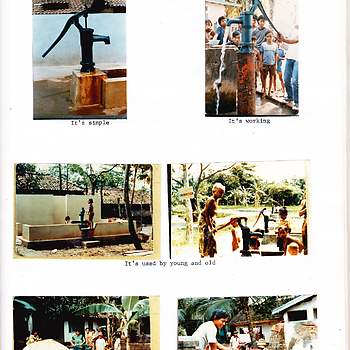 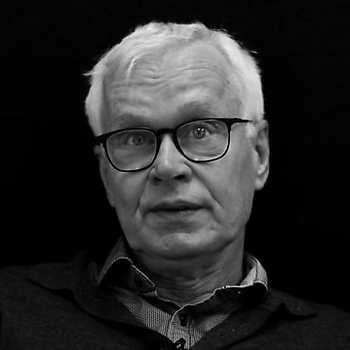