A country full of painters

According to the calculations, in the seventeenth century, more than five million paintings were made in the Republic: a country full of painters. Paintings adorn the walls of not only the rich, but also those of commoners. The most famous painter of all is Rembrandt, and his best-known painting is The Night Watch, dating from 1642.

All walks of life
Rembrandt van Rijn is an ambitious painter, who, at a young age, leaves his birthplace Leiden in the hopes of making a career for himself in the wealthier and bigger city of Amsterdam. His efforts are successful. With his expensive portraits and paintings of Biblical and mythological characters and scenes, he serves the elite of well-to-do citizens and art connoisseurs. In addition, Rembrandt draws and paints many local inhabitants of Amsterdam, among whom are immigrants. The vicinity of his Jodenbreestraat studio is home to dozens of sailors and soldiers of African descent. This is reflected in many of his paintings, e.g., Two African Men (1661).

The Night Watch
Rembrandt’s painting The Nightwatch is world famous. It is a fine example of his painting style. He creates depth by his iconic use of light and dark, which is also referred to as chiaroscuro or clair-obscure. The painting dates from 1642 and has since been widely discussed and acclaimed. It is indeed an intriguing painting: something is about to happen, but what? On the other hand, it is quite an ordinary painting: a group of Amsterdam residents gathered around their Captain Frans Banninck Cocq, posing for a group portrait intended for the new banquet hall of the newly renovated Kloveniersdoelen, the musketeers’ meeting hall in Amsterdam. The group portrait tradition in Amsterdam dates back to the first half of the sixteenth century. Captain Banninck Cocq’s fellow officers follow suit and also commission group portraits from renowned painters. Thus, Rembrandt’s painting initially hangs amidst several new group portraits in the hall in which the militia regularly gather to collectively eat, drink, and smoke.

Over the past centuries, the Night Watch has been through quite a lot: from requisite relocations to vandalism. In 2018, the Rijksmuseum announces a large-scale restoration: Operation Night Watch. The operation involves a thorough inspection in order to explore, among other things, how the painting can best be preserved for future generations.

The art market
Rembrandt is not the only symbol of the remarkabe cultural flourishing of the seventeenth century; he is joined by Johannes Vermeer, Frans Hals, Jan Steen, and all those other hundreds of local painters. Around 1650, some 175 painters are active in Amsterdam alone. A majority of them produce cheap little paintings for an anonymous market, usually landscapes and representations of everyday scenes. Although it has not earned them eternal fame, their work is a mark of the scope of the Dutch art of painting. Calculations have revealed that more than five million paintings must have been made in the seventeenth century. In those days, the population figure of the Republic fluctuates around two million.

Painting is not the only art to flourish in this period of time; literature blossoms too. Writers such as Joost van den Vondel and Pieter Corneliszoon Hooft have contributed to this period’s place in history as the golden age of art. 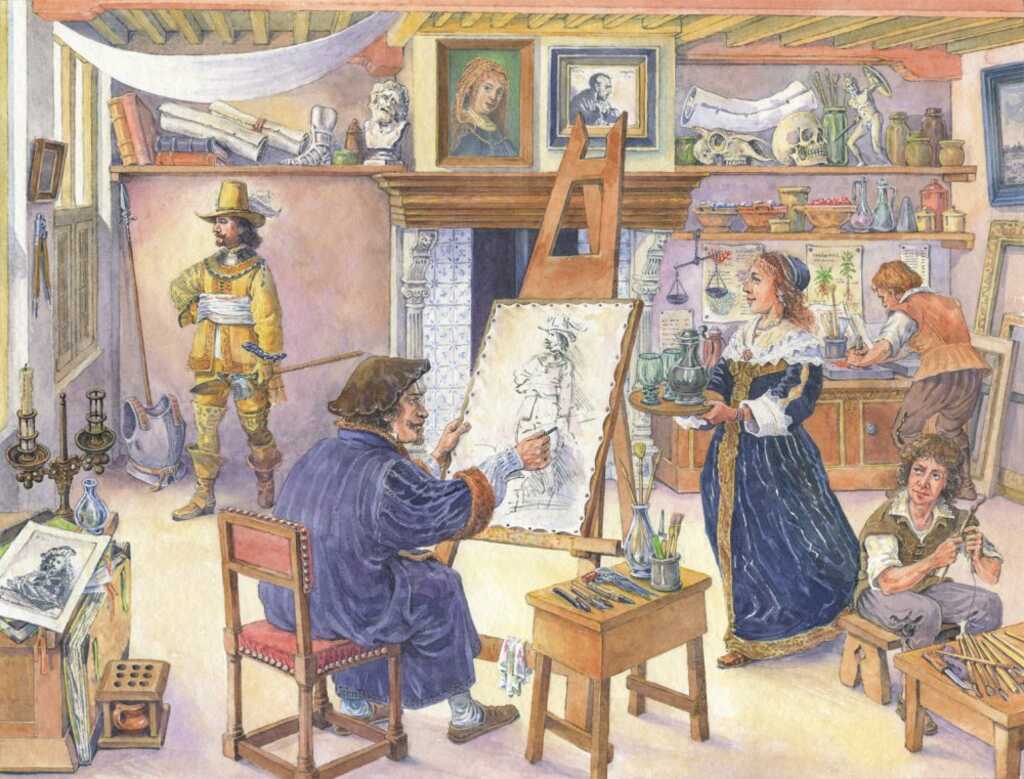 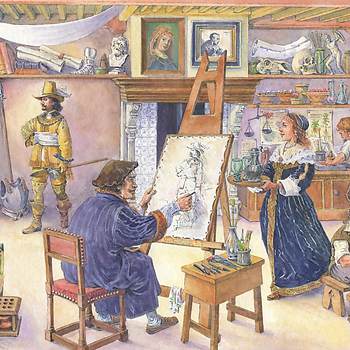 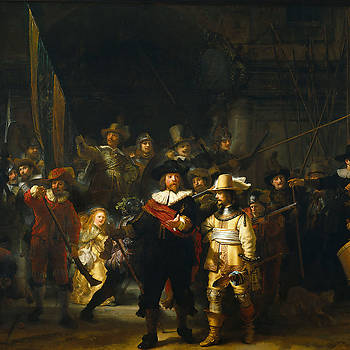 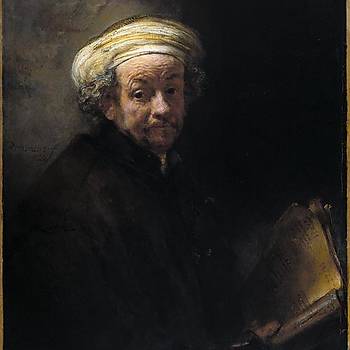 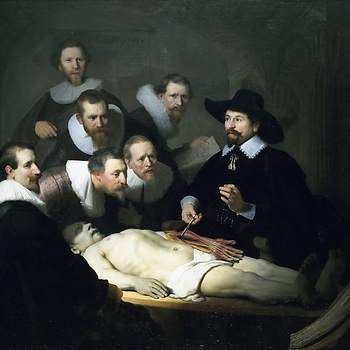 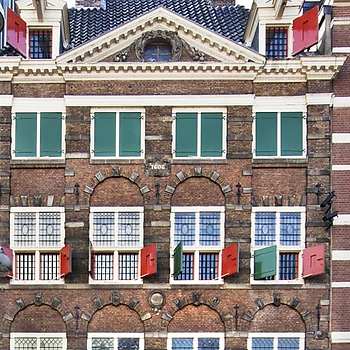 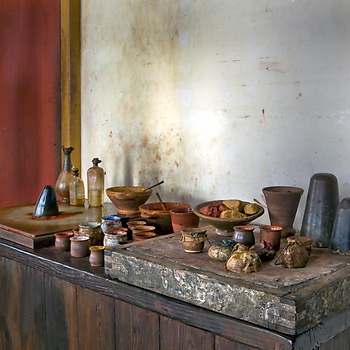 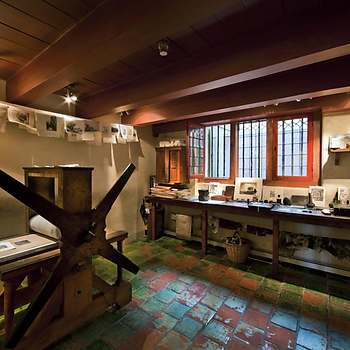 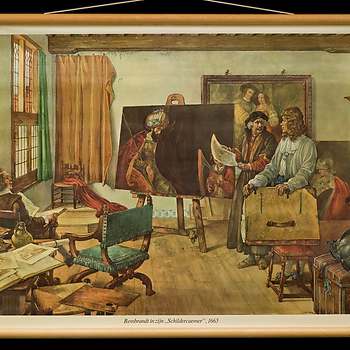 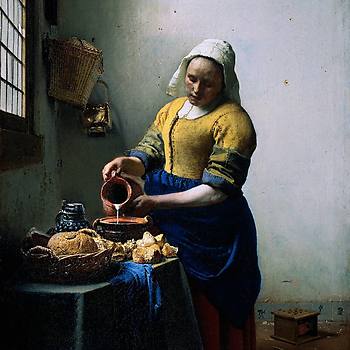 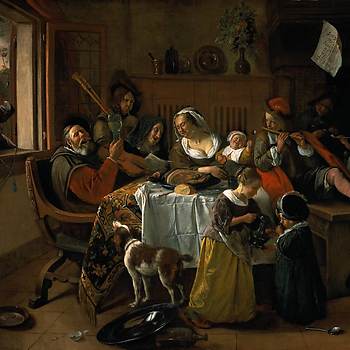 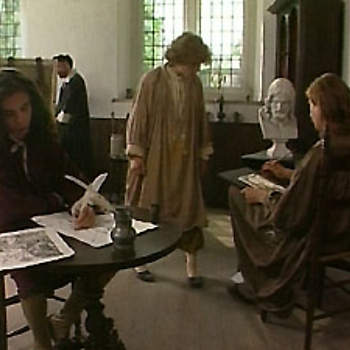 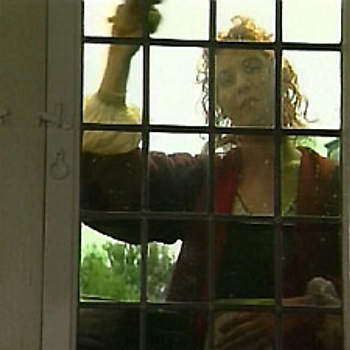 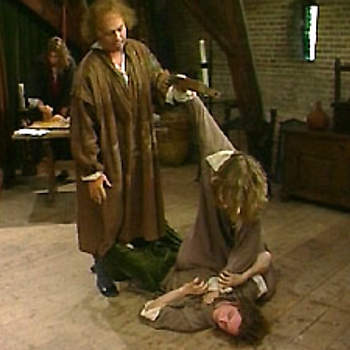 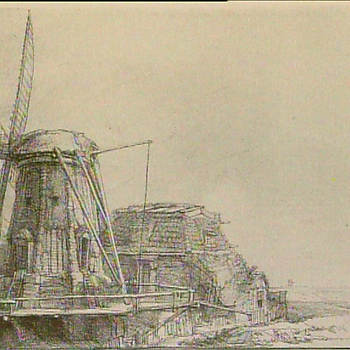 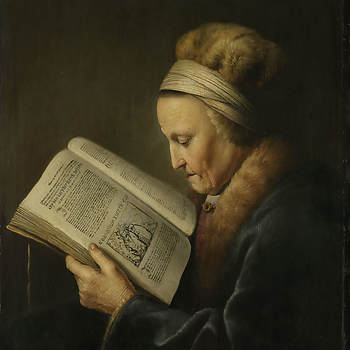 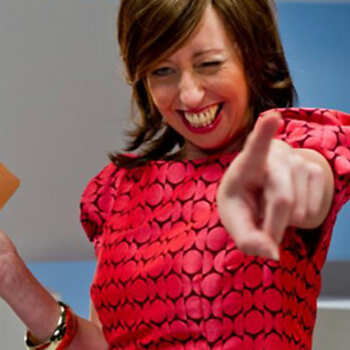