Gender and sexual and reproductive health and rights

When one takes a look at the topics within SRHR that are crucial, a few topics can be said to explain SRHR to a big part:

These topics have a lot of overlap, and do not have clear-cut boundaries where one stops and the other topic continues. Indeed, within SRHR a lot of the information can be found in multiple sections. Within this bullet, however, the aim is to provide information that is accessible and provides a clear overview. Therefore the topics that have been mentioned above, are used as a guideline for this part on SRHR. This page will remain a work in progress, and we welcome all feedback for this page, as is the case for this timeline. Find below a short introduction, whereafter a concise explanation what will be discussed in this page. In the header you can find interviews with people who have influenced the policy of SRHR, and pictures of (comprehensive) sexual education.

There might be a belief that sexual reproductive health and rights [SRHR] is concentrated with topics like abortion and sexuality. However, SRHR does not solely surround in helping women with delaying - or altogether putting a halt to - the reproductive functions of a woman. Indeed, SRHS is about having the right to decide over one’s own body, and making informed decisions and choices based on one’s own wishes – and health. This also includes aiding women in gaining information about, and access to reproduction – for example through IVF. Sexual reproductive health and rights is not just about contraceptives and abortions. SRHR is about being able to make informed decisions for oneself over one’s own body.

Within this page three topics will be discussed in order to explain the multifaceted nature of SRHR. These topics are: sexual health, sexuality, and reproductive health and rights.

Important for the sexual health section within SRHR is HIV/AIDS. The epidemy of HIV/AIDS had gained a lot of attention in during the ‘90s, and below you can find some important moments during the fight against HIV/AIDS:

The Netherlands financed the Global Program on AIDS during the 80s.

1992: Internationale AIDS conference in Amsterdam. During this conference it became clear to what extent AIDS was a worldwide problem.

During the international conference on population development, a commitment was created what would become one of the first steps to focus more on SRHR: by controlling population growth. This was something the Netherlands would focus on – moreover, it would become a worldwide trend. The focus on SRHR would contribute to control the (rapidly) increasing population growth. For SRHR the most important result of the ICDP conference was the consensus on how the elevation of the status that women was the key to sustainable development.

1996: UNAIDS came into existence. This is when HIV/AIDS became an important part of the Dutch policy on developmental cooperation.

When looking at the expenditure on aid, one can see the commitment of the Netherlands to HIV/AIDS out of its developmental sector. From the 1990s to the 2000s, 4% of the Dutch developmental cooperation went to HIV/AIDS. The Netherlands was a forerunner on gender and SRHR. This was mainly due to its pragmatic attitude. What is forbidden will not disappear: forbidding this will only make them harder to track. Such was the case for drug use. Criminalising and stigmatising key people will only further separate and thus create more distance to solving the problem. This will cause a eschewed overview of what is actually happening, and therefore also creates a separation with a fitting solution.

Moreover, the Netherlands also supports the United Nations Population Fund (UNFPA) financially. The aim of the UNFPA is to make contraceptives more widely available in developing countries, where this is not the norm. The UNFPA furthermore works towards ending child marriages and female genital mutilation (FGM). FGM is a (traditional) practice where partial or total removal of external female genitalia takes place. This is for non-medical reasons, and is considered as a violation of the human rights and the rights that girls and women have (over their bodies).

It’s the fundament of all sexual reproductive issues. This way of teaching sexual education is not limited to the school system, but also reaches the home spheres. It’s about sexual health, sexual identity, sexual diversity, knowing your body and your choices. CSE is a method that aims to give its students skills and the knowledge to make healthy and appropriate choices in their sex lives. Moreover, the aim is to reduce unwanted and unplanned pregnancies, as well as giving agency so to lower domestic and/or sexual violence.

Sexuality is a topic that cannot be forgotten when discussing SRHR. Sexuality, and the diversity within sexuality is part of the sexual rights that people carry. Indeed, when the sexual and reproductive rights of all people within society – including all marginalised groups – are respected and protected, less violence and stigma will prevail against these groups. This, including better services, more easily accessible information surrounding sexual reproductive health will lessen HIV infections, unsafe abortions and will allow for more gender equality and ensure for better health within the society for all.

The Netherlands support projects and programmes that protect minorities’ rights – such as sex workers and LGBTI persons, and works to prevent sexual violence, child prostitution and sexual abuse. This is needed, as numbers show us:

The Dutch government has formed seven partnerships with Dutch civil society organisations, on SRHR focusing especially on young people. This fund has made €215 million available for these partnerships, to tackle the issues surrounding the inequalities of SRHR, in order to ensure enjoyable and safe sex for all. Not everyone has the freedom to decide whether – and when – to have children, how many, etc.

Especially for women, reproductive health and rights – especially with the arrival of contraceptives – have allowed for more freedom – especially economic freedom. Safe abortion and access to contraception for young people is something the Dutch government wants to fight for by fostering the debate on these topics.

The Dutch government aims to provide better information and help in creating greater choice for young people. Having unequal and an incomplete access to information on (sexual) reproductive health (and rights) lead to unsafe choices. Moreover, another aim is to contribute to better access to affordable and high-quality health products. The Netherlands aims to do this by making more contraceptives and medicines to women, young people and higher risk population groups.

Important to denote that contraceptives can allow for more (financial) freedom for women, but are not always what people want. Indeed, family planning also includes more access to high quality care during pregnancy and childbirth.  In 2018, the Netherlands helped by providing to healthcare 68 million people and preventing more than three million unsafe abortions. With many unsafe abortions endangering the lives of the women having them, the amount of this many unsafe abortions being prevented, a lot of lives have been saved.

Nonetheless the steps that have been undertaken by the Dutch government in the field of Sexual Reproductive Health and Rights, still a lot needs to be done. Especially in the light of the COVID-19 pandemic, SRHR has been endangered and unequally distributed within society. A lot of steps still need to be taken to ensure equal distribution of sexual reproductive health and rights. 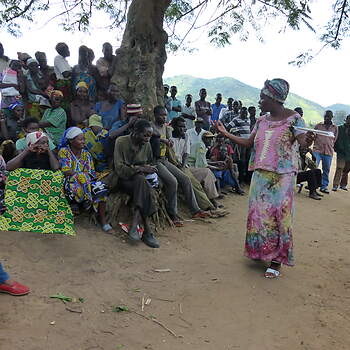 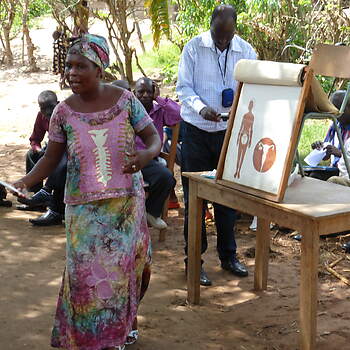 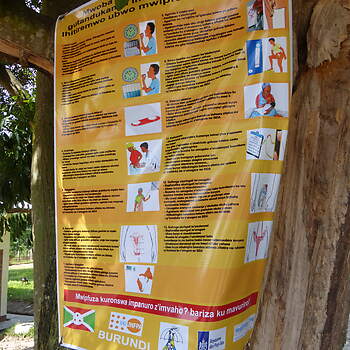 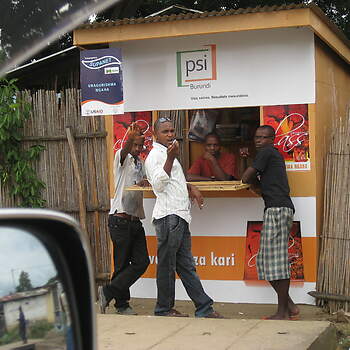 Kiosk with information and free… 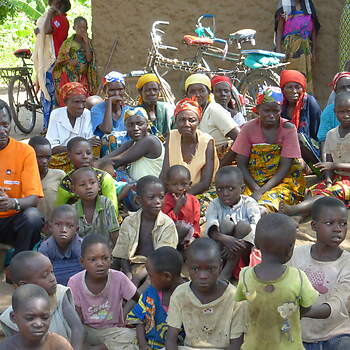 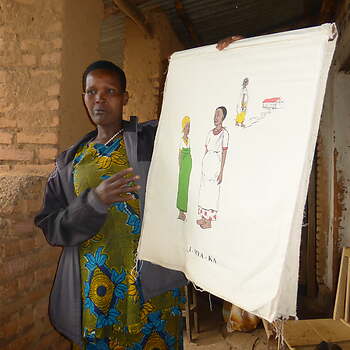 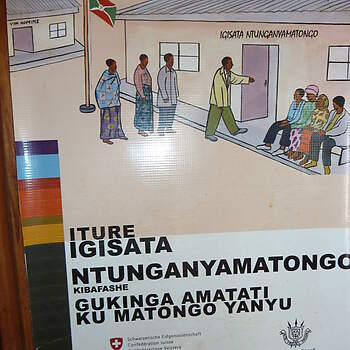 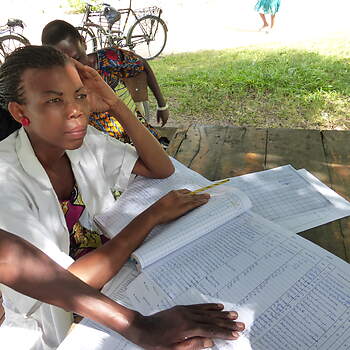 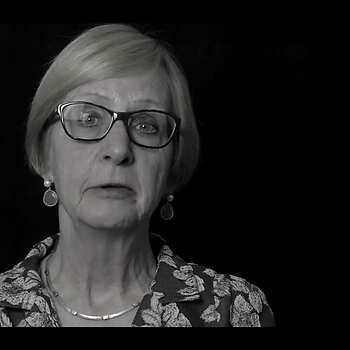 Agnes van Ardenne on HIV and AIDS in… 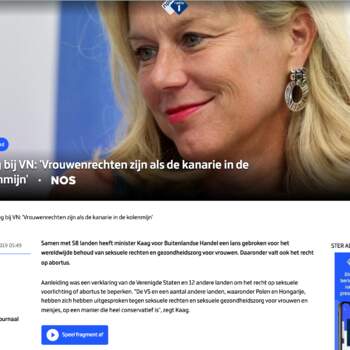