When Dutch athletes excel at the highest level, either individually or as a team, that Orange Feeling emerges: the streets are decorated in orange, and people don the most peculiar orange gear. The Dutch Lion, traditionally a symbol of strength, is omnipresent.

History
From the end of the sixteenth to the end of the eighteenth centuries, “Orange” is a political symbol associated with the Orangists: supporters of the House of Orange stadtholders. The colour orange comes to be linked with the identity of the Dutch nation. During periods of foreign rule, such as the Napoleonic years and World War II, orange represents resistance against the foreign oppressors.

In recent years, the Orange Feeling tends to play mostly a non-political, connecting role. It ties in with a growing desire for solidarity in a society in which differences between people and groups appear to become increasingly wider. The feeling manifests itself, e.g., on occasions such as the Queen’s Birthday (from 2013 onwards, the King’s Birthday), a national holiday that is first celebrated at the end of the nineteenth century. But also, in times of uncertainty and crisis, “Orange” can give people something to hold on to and a feeling of interconnection.

Sports heroes and heroines
In recent decades, the Orange Feeling is particularly inspired by Dutch athletes participating in important international matches or tournaments. They represent their country, either individually or as a team. During the games, the public sees the Netherlands come into action, concretised by the athlete or the team. This evokes a feeling of national solidarity. The sport of speed skating regularly takes the lead in this respect. An event such as the Frisian ice-skating marathon, which was first held in a competitive format in 1909, combines a group feeling with individual top performances. By the mid-1960s, speed skating events are also the first to boast orange-coloured galleries and orange hats.

Dutch sports history features many sports heroes and sports heroines. Some of them owe their fame not only to their sporting achievements, but also to their wider socio-cultural influence. One such heroine is Fanny Blankers-Koen (1918-2004), who as an athlete becomes a legend when she wins four gold medals during the Olympics of 1948. This makes her a worldwide role model for sporting women, because she has demonstrated that women are equally capable of competing. Footballer Johan Cruijff (1947-2016), whose extraordinary talent brings the house down at clubs such as Ajax and FC Barcelona, is another athlete to gain world fame. His personality adds to his name: he is straightforward and enriches the Dutch language with Cruijffian one-liners such as “elk nadeel heb z’n voordeel” [every disadvantage has its advantage].

Football
Although the Orange Feeling extends to virtually all sports, football still remains the most popular sport in the Netherlands. No wonder then that a genuine Orange Craze may feature especially during international football championships. In 1974, the Orange Feeling in football takes on massive proportions. The Dutch team has made the World Cup finals, but just misses out on the world title after losing to Germany. This is redeemed by winning a European title during the 1988 European Championship. The Dutch team competing in the 1998 World Cup in France is a varicoloured one that reflects the multi-cultural nature of the Netherlands. In the summer of 2017, the Dutch women win the European Football Championship. In the Netherlands, the finals are watched by a whopping 4.1 million television viewers and the Lionesses are honoured in a grand ceremony in Utrecht. This victory marks the ultimate breakthrough of women’s football in the Netherlands. Throughout the ages, Orange has thus reflected the sporting and social changes in the Dutch polder. 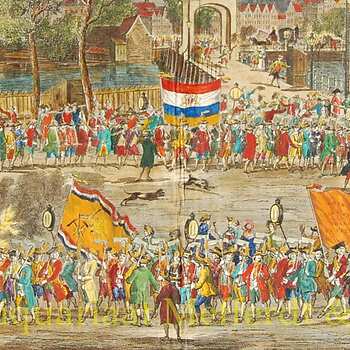 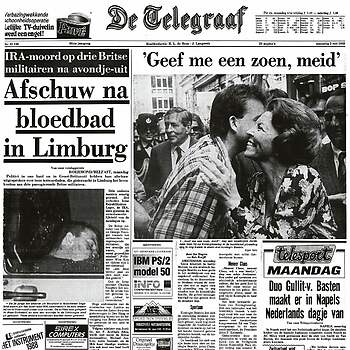 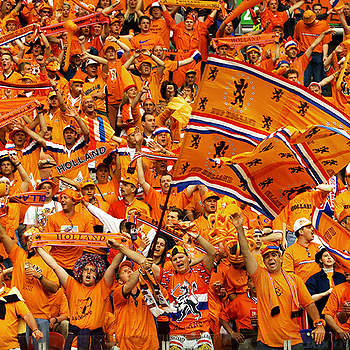 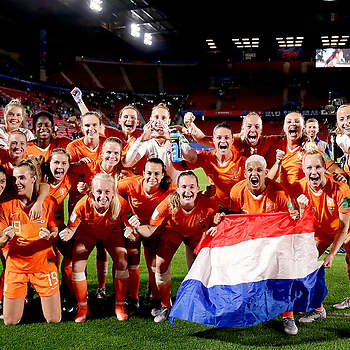 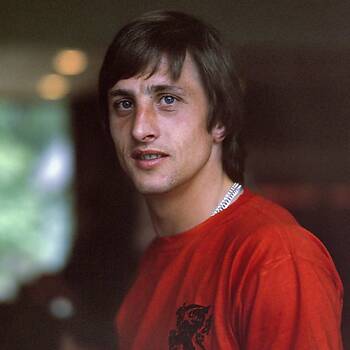 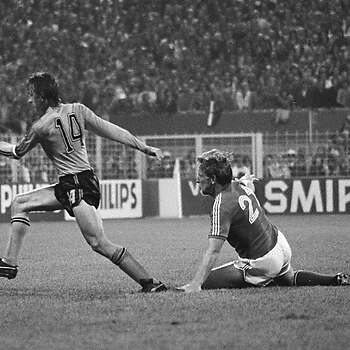 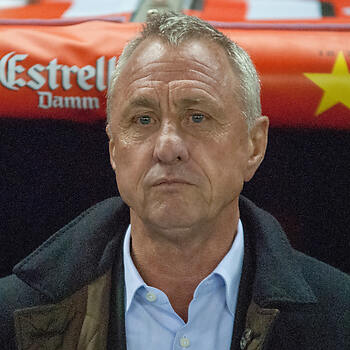